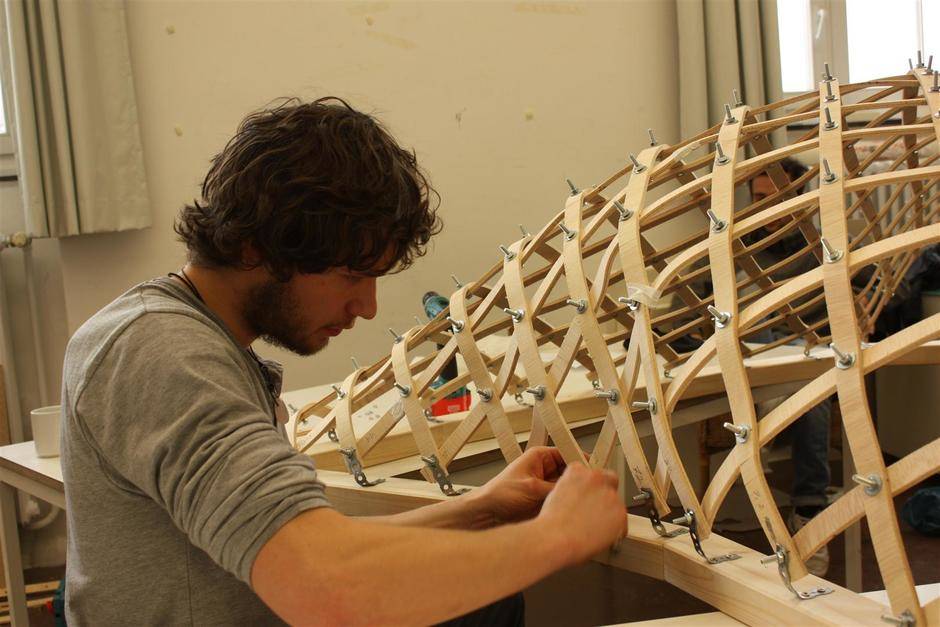 We recently received an email from Gregory Quinn, a scientific researcher at the Department for Engineering Design and Technology at the University of Arts in Berlin. Gregory works under Professor Gengnagel, and is also a structural engineer with Arup. Gregory outlined how PushMePullme 3D was being used by the Faculty of Architecture.

Each student had to use PushMePullme 3D to generate a form for an elastic grid shell starting with a flat grid. It was basically a digital hanging model with “active bending”.Students then had to build their grid shell designs in a scale model. The images below outline the exercise. According to Gregory, the students responded extremely well to the software and it was great to be able to produce complex but build-able structures in such a short space of time.

30 architecture students at the University of Arts Berlin within the context of a structural engineering workshop for KET (Department for Structural Design and Technology) were required to design a roof for a 30x40m pavilion.

The pavilion was part of a music festival and was to house a performance stage and include at least one opening. The design of the roof was carried out by means of digital “hanging model” form-finding using PMPM3D. The students started with a flat orthogonal grid mesh. At least one edge node was pinned in all directions and all (or most) of the remaining edge nodes were restrained in the vertical axes (free to slide on the horizontal plane).

The elastic modulus of the material was set low (as is necessary for elastic grid shells) and gravity was inverted. Once the simulation began, a form-finding process took place which accounted for bending in the beams and guaranteed a developable surface.